The house I left behind (engelstalig) 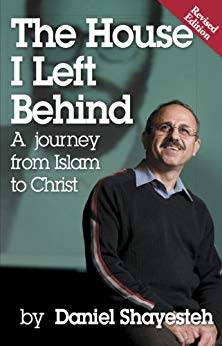 A journey from Islam to Christ

Dr Shayesteh was raised a practising Muslim in Iran. While studying in Tehran he became involved in the Iranian Islamic Revolution and went on to become a leading Muslim politician and teacher of Islamic religious philosophy in northern Iran. In the second year after the Revolution, he fell out of favour with the Ayatollah Khomeini's political group. Kidnapped by the Revolutionary Military  he was placed on death row awaiting execution. He was miraculously released and eventually escaped to Turkey, where, through a business relation ship which went wrong, he came to know a group of Christians, and through them, Jesus Christ.

Dr Shayesteh's story offers a compelling picture of life in Iran after the Revolution. He provides unique insights into the interactions between Iranian culture and fundamentalist Islam, a devastating critique of the Iranian  Revolution, and a warning to the world about radical Islam.