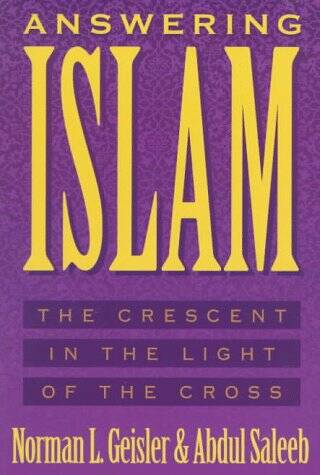 The crescent in the light of the cross

This book is an attempt to understand and evaluate the claims of orthodox Islam from a Christian point of view. It is our belief that it is not possible to evaluate another viewpoint fairly without first understanding it. Since one of us is a christian and the other was reared as a Muslim, we believe we have appeal predominantly to the primary sources of each religion, especially to the Qur'an and the Bible. In order to enhance our understanding of each, we selected standard teachers and commentators from each religion. In this first part we try our best to set forth as objectively as possible the basic doctrines of orthodox Islam, steering away from differing opinions of rival sects and emphasizing what most Muslims believe.

"Answering Islam is a valuable tool for those wrestling with the theological barriers that separate 1 billion Muslims from personal faith in Jesus Christ". Patrick Cate, president Internatianal Missions, Inc.

"This book is a theological masterpiece, the most lucid and comprehensive theological analysis and critique of Islam from a Christian perspective I have ever seen. It is invaluable as a tool for understanding the most serious challenge to Christianity in the modern world". R.C. Sproul, Ligonier Ministries

"The Muslim presence in the United States continues to grow. It is important that we have a clearly written and fairly presented statement of what Muslims believe and how we as Christians may present the claims of Christ to them in a persuasive and loving way". Ronald Nash, Reformed Theological Seminary