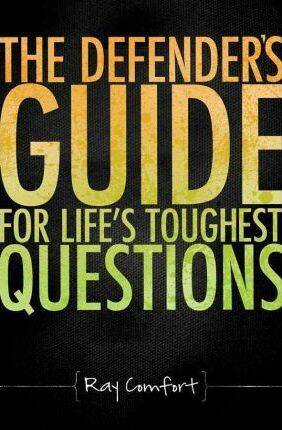 Ray Comfort has collected some of the toughest questions people will face in defending their faith, and offers sound biblical responses. Each issue is one that has been raised by genuine atheists. When faced with a world trying to twist and confuse your understanding of biblical truth, could you answer these candid challenges?

With the influx of "new" atheism, multitudes of professing Christian youth are going to college and leaving their faith. This is because they are not equipped to give an answer to every man that asks the reason for believing in a "bronze age book of fables", especially in the light of what is said to be the "scientific" nature of Darwinian evolution.

The internet has given the average skeptic the ability to cut and paste the cream of anti-christian atheisic arguments, and become an instant Richard Dawkins clone, who can eloquently stump the average believer with seemingly tough questions. However, even the toughest of questions has an answer. This book will place that answer in your hands and confirm to you that the foundation of the Christian faith is as solid as a rock.