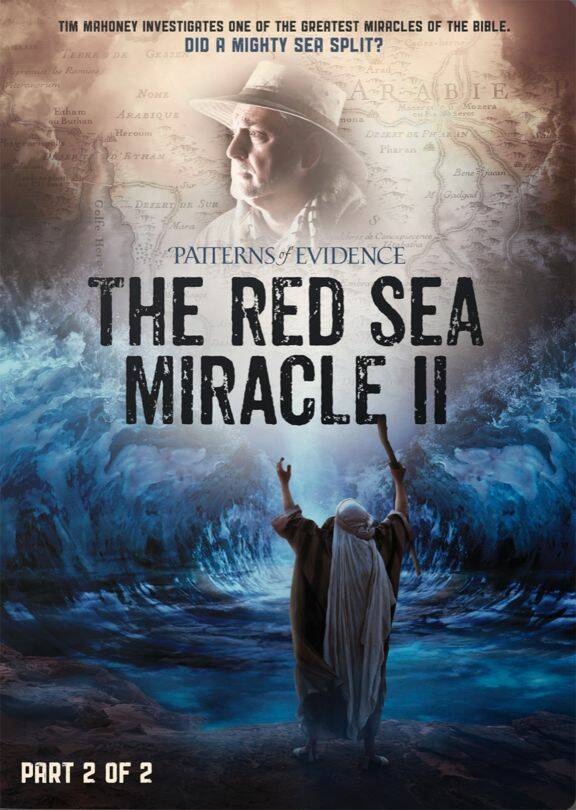 Introducing the second film in a new two-part series by Patterns of Evidence's award-winning filmmaker, Timothy Mahoney. How could thousands of feet of water be parted at the Red Sea? Or was the sea merely parted by the act of wind in nature, through a shallow Egyptian lake? Mahoney investigates these locations to see if any have a pattern of evidence matching the Bible.

Collectors Edition : Goes deeper into the arguments and evidence regarding the scale of the Red Sea crossing with this 6-disc box set that includes a DVD and Blu-Ray of the film and over 8,5 hours of new material on 4 bonus DVDs. Bonus features include the panel discussion from the online release, expanded interviews with leading scholars, on-location footage with divers looking for the remains of Pharaoh's army on the seafloor, and uplifting insights drawn from the biblical account. Was a sea of reeds crossed, or is the Bible pointing to a much more spectacular event?

People of faith will be inspired and skeptics will have much to think about as Mahoney reveals two decades of documentary research including if divers found the remains of Pharaoh's army on the seafloor. This cinematic journey leads him to inquire...."Do miracles happen today?"