Is this the End? (engelstalig) 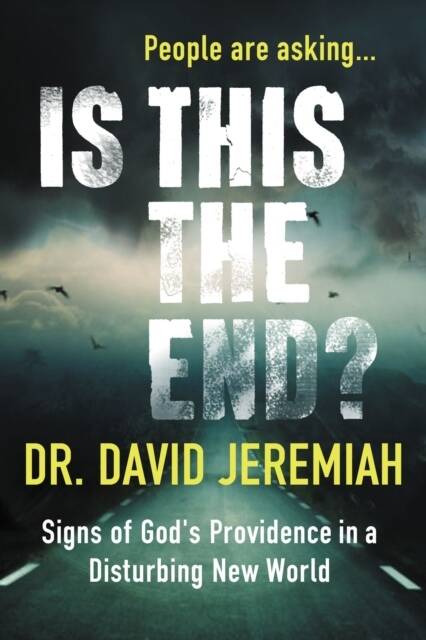 Signs of God's Providence in a Disturbing New World

Could the headlines be any more jarring, the cultural changes more rapid, or the moral decay more pronounced? More and more people are asking, "Is this the end?"

Over the last decades, Dr David Jeremiah has become one of the world's most sought-after Christian leaders on topics that deal with biblical application and modern culture. And few would dispute that the pace at which things are currently changing is unprecedented.

"In my conversations with people of all ages, races, and professions, I find deepening anxiety and even fear that things cannot go on as they are for long," writes Dr. Jeremiah. "It is clear to many people that ominous clouds are darkening our future, and events are coming to a head.

"Christian wonder whether the end times prophesied in the book of Revelation are upon us. Is the rising disorder we are experiencing a precursor of the approaching Rapture of the church and the final return of Christ? Secularists wonder whether the nation is on the verge of collapse into economic, racial, and political anarchy; or whether a hostile nation such as Russia, China, or Iran might unleash its atomic fury on our cities; or whether militant Islamic terrorists flooding through our porous borders might inflict enough damage to bring us to our knees."

The time has come to accept this new normal, Dr. Jeremiah says, and understand how God's hand is still at work on His eternal plan for mankind.