The Moon is always round (engelstalig) 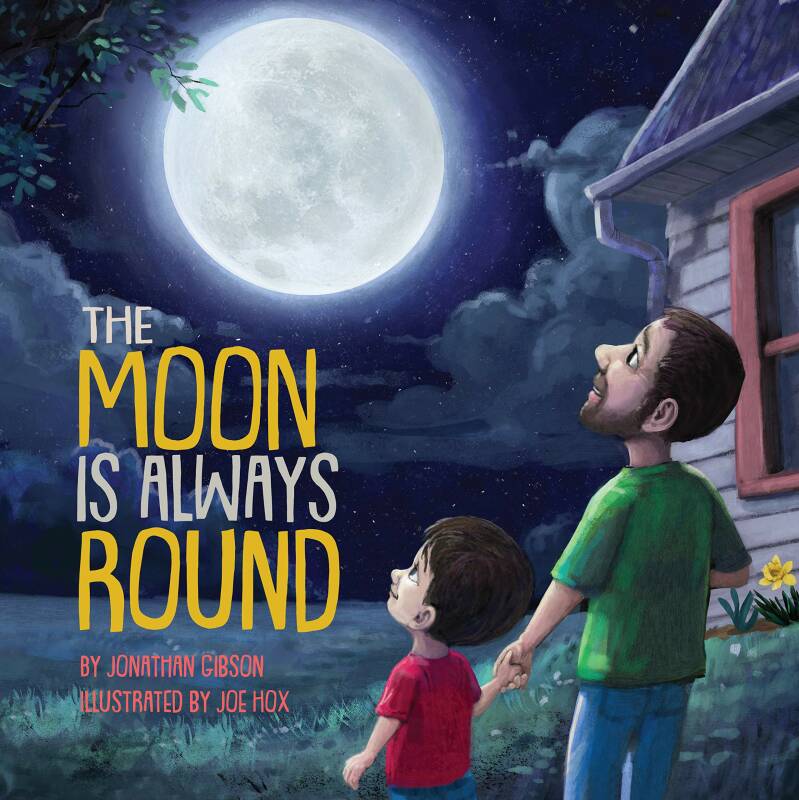 The Story behind this book

When our son Benjamin was about three years old. I held him up to the window one evening and he pointed to the moon.

"Look the moon!" he said. It was a crescent moon. I explained to him that the moon could appear in different shapes, but the moon was always round. From that, I developed a simple catechism for him.

Q. Ben, what shape is the moon tonight?

Q. What shape is the moon always?

A. The moon is always round.

Q. What does that mean?

A. God is always good.

Little did I know that, even as a three year old, the catechism would soon become so very important in his life. Sometime later, on March 13, 2016, his younger sister, Leila Judit Grace, died at 39 weeks in het mother's womb. Four days later, she was stillborn at 10:25 am on March, 17, 2016. Ben came to meet her in the hospital later that afternoon. He gave her "Bazza" the giraffe as a gift. He held her, and then a few hours later, he said goodbye to her.

And then I recalled our cathechism, so I started to talk to him about the moon. We talked about how sometimes when we look up at the moon, we can only see a crescent moon or a half-moon or a gibbous moon. And then I asked him, "What shape is the moon, Ben?" "The moon is always round, "he replied". I said, "What does that mean?" He said, "God is always good". "That's right", I replied, and drove on in silence, tears streaming down my face.

That night after I tucked Ben into bed and left him under the care of a close friend, I went back to the hospital to be with Jackie and Leila. Just before I got into the car, I looked up to see if there was a moon in the night sky. There was-a half moon! That captured exactly how Jackie and I felt. We couldn't see the whole of God's goodness because Leila was dead. But we knew that the moon was round, even though we couldn't see all of it. The moon is always round.

A few weeks later we held a funeral service for Leila. I gave a eulogy for her, and at the end I adressed Ben. I told him that as he grows up, he may have questions about why Leila died, but I wanted him to remember what he had learnt about the moon. I asked him again in the service, "What shape is the moon, Ben?" "The moon is always round", he replied. I said, "What does that mean?" He said, "God is always good."

Out of the mouth of babes and infants God has ordained praise (Psalm 8:2)

Since then, te moon has become so meaningful to our family. Ben has a picture of the moon above his bed. Five simple words curve below the moon: "The moon is always round." We pray that our story, and the story of Jesus on the cross, points others (of all ages) to the goodness of God, even in the darkness.